People judge; it's a fact of life! But when people judge those who are doing the RIGHT THING as if they are in the wrong simply because they think they themselves are doing it right you often have people getting upset unnecessarily.

Congestion happens when there are too many cars on the same road trying to get to the same place, it will happen at traffic lights, closed lanes or lanes ending/merging and roundabouts mostly. But there are certain behaviours that can alleviate the congestion for everyone else. Unfortunately they are judged harshly by those who don't do it, basically because you end up in front of them and they feel like you're pushing in. If everyone behaved this way there would be less congestion. Let me explain: 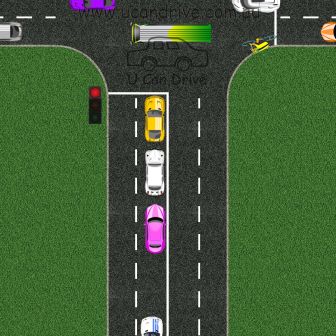 Here we have a standard set of traffic lights, you often have two lanes on the approach and a single lane on the other side. You tend to find that traffic will queue up in one lane, usually the right lane.

First off, if you're going to do this I would recommend the Left lane simply because any one of those cars could be turning right. A car turning right will need to wait for oncoming traffic to clear first, as such holding up traffic behind them unless they change lanes.

Secondly, even if all the traffic are going straight ahead only one car will get through at a time, let say the Green cycle only allows 5 cars. If instead people used both lanes and zipper merged (see below) at the other side you'd probably get 8-9 through. Probably not quite double, as they would all be a little slower due to the merge, but close to.

This doesn't just mean more cars get through this cycle, it also means the queue is shorter and doesn't block other roads/intersections further back. 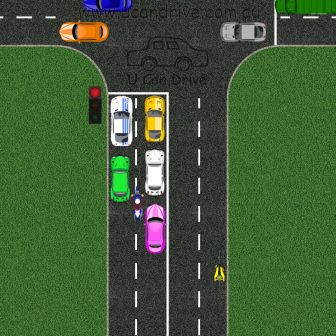 Another way we can keep the congestion down is to leave a wide enough gap between us at lights to allow motorbikes to "lane-filter". Queensland rules have changed recently to allow this. A motorbike is allowed to lane-filter between lanes that are travelling in the same direction if it is safe to do so. There are other restrictions, but that discussion is not for here.

When they do this they line up at the front, when the light turns Green they are gone... Motorbikes can set off much quicker than cars due to the different power to weight ratio. As such this takes motorbikes out of the congestion, the above 8-9 cars are still able to proceed through the lights, but if the motorbike was to join the queue, then for every motorbike one car wouldn't make it through the lights. 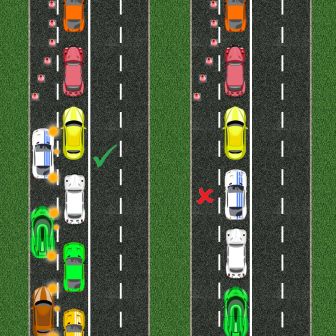 The same principle occurs at road works, we have a sign early on informing us that the left lane is closed up ahead so everyone starts forming a single line in the right hand lane. If we were to continue using the two lanes up until the end and then zipper merge (one car from the left, one car from the right, one car from the left...) it would reduce the congestion. We certainly wouldn't get through any quicker in this instance, but the queue would only go back half as far as it would otherwise. This would leave other intersections further back clear allowing traffic everywhere to flow better. The only time this may not be appropriate is if there is already a queue built up and there is a sign say "Do not overtake".

So why don't we do these things?

Unfortunately we seem to be stuck on doing what appears to be the considerate thing rather than doing the overall considerate thing. Once two or more cars are lined up it feels like we are pushing in if we go up the side and use the empty lane.

Rather than "appear" to do the wrong.