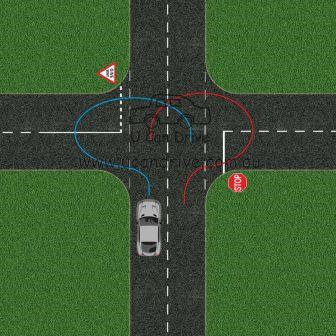 At a Normal Intersection

The image here shows a standard crossroads, if you are performing a U-Turn in a Crossroads you should do the right-hand version (follow the Red path) so long as you are not crossing a Solid White Line.

At a Left, Right or T Intersection 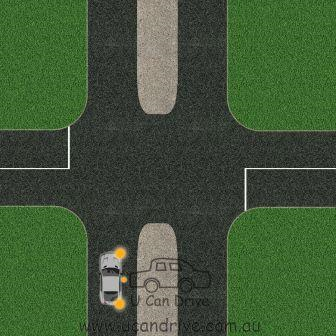 At a Median Strip

At a normal crossroads with a median strip down the middle you are allowed to simply turn around and go back the other way, obviously giving way to ALL other traffic.

UNLESS: Except when there is a sign saying that you can't. Obviously such an intersection with a sign stating "No U-Turn Permitted", or similar, you would not be allowed to perform a U-Turn.

So the standard rule is: You can perform a U-Turn, unless there is a sign saying otherwise.

UNLESS: Except when there is a sign saying that you CAN. Again if such a sign is here you can do a U-Turn once you have given way to all other traffic that has a Green light. If you have a Green Right Turn Arrow BEWARE of traffic to your Right that may have a Green Left Turn Arrow, you are expected to give way to them as well.

So the standard rule at lights: You are not allowed to perform a U-Turn, unless there is a sign saying you can.